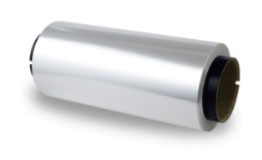 From Left to right:

A matte surface is a surface that has a very uneven surface. Because of this unevenness, it doesn’t reflect light in one single direction, but it redirects light in many different direction. This gives it a very different look then a glossy surface. Although a high glossy finish is more popular, many people prefer the look of a matte surface. Because the matte surface can make the panel look not so shining under the sun. It will make your eyes feel more comfortable.

An anti-scratch or scratch-resistant coating is a film or coating that can be applied to optical surfaces, such as the faces of a lens or photographic film. The coating does not interfere with how the optical film's functions and does not affect vision, but creates a permanent bond with the film that reduces the appearance of hairline scratches which is common to film. Though an anti-scratch coating is not 100% scratch-proof, it helps to prevent minor scratches that can easily happen to the optical film. These minor scratches can damage the surface of the film and impair vision. An anti-scratch coating acts as a protective layer thus making the film more durable and safe.

In addition to optical film, anti-scratch coatings are often used on plastic products wherever optical clarity, weathering and chemical resistance are required. These include optical discs, displays, injection-molded parts, gauges and other instruments, mirrors, signs, eye safety/protective goggles, and cosmetic packaging. These coatings are usually water-based or solvent-based.

AR thin film treatments work by “trapping” the light.If you took a physics class you know that most energy can be represented by a wave of peaks and valleys (sine pattern).A wave generator made of Popsicle sticks which showed that light can “cancel” itself. Angstroms wide thin films, made up of multiple layers of transparent materials, are put down on the surface to a precise thickness relative to a visible wave length (550nm) so that outside light passes into the thin film, reflects on the touch surface, and then is reflected back on itself by the thin film, and, as if by magic, the reflection is gone (canceled). Another benefit of AR coatings is that because the light is not reflected, much more light from the display passes through the AR coating so the display is actually brighter.

Uncoated glasses lens (top) versus lens with anti-reflective coating. Note the tinted reflection from the coated lens.An anti-reflective or anti-reflection (AR) coating is a type of optical coating applied to the surface of lenses and other optical elements to reduce reflection. In typical imaging systems, this improves the efficiency since less light is lost due to reflection. In complex systems such as telescopes and microscopes the reduction in reflections also improves the contrast of the image by elimination of stray light. This is especially important in planetary astronomy. In other applications, the primary benefit is the elimination of the reflection itself, such as a coating on eyeglass lenses that makes the eyes of the wearer more visible to others, or a coating to reduce the glint from a covert viewer's binoculars or telescopic sight.

Many coatings consist of transparent thin film structures with alternating layers of contrasting refractive index. Layer thicknesses are chosen to produce destructive interference in the beams reflected from the interfaces, and constructive interference in the corresponding transmitted beams. This makes the structure's performance change with wavelength and incident angle, so that color effects often appear at oblique angles. A wavelength range must be specified when designing or ordering such coatings, but good performance can often be achieved for a relatively wide range of frequencies: usually a choice of IR, visible, or UV is offered.

The simplest interference anti-reflective coating consists of a single thin layer of transparent material with refractive index equal to the square root of the substrate's refractive index. In air, such a coating theoretically gives zero reflectance for light with wavelength (in the coating) equal to four times the coating's thickness. Reflectance is also decreased for wavelengths in a broad band around the center. A layer of thickness equal to a quarter of some design wavelength is called a "quarter-wave layer".

y using alternating layers of a low-index material like silica and a higher-index material, it is possible to obtain reflectivity as low as 0.1% at a single wavelength. Coatings that give very low reflectivity over a broad band of frequencies can also be made, although these are complex and relatively expensive. Optical coatings can also be made with special characteristics, such as near-zero reflectance at multiple wavelengths, or optimal performance at angles of incidence other than 0°.

Pressure-sensitive adhesive (PSA, self-adhesive, self-stick adhesive) is adhesive which forms a bond when pressure is applied to marry the adhesive with the adherend. No solvent, water, or heat is needed to activate the adhesive. It is used in pressure-sensitive tapes, labels, glue dots, note pads, automobile trim, and a wide variety of other products.

As the name "pressure-sensitive" indicates, the degree of bond is influenced by the amount of pressure which is used to apply the adhesive to the surface.

PSAs are usually designed to form a bond and hold properly at room temperatures. PSAs typically reduce or lose their tack at low temperatures and reduce their shear holding ability at high temperatures; special adhesives are made to function at high or low temperatures. It is important to choose an adhesive formulation which is designed for its intended use conditions.

Polyurethane (PUR and PU) is a polymer composed of organic units joined by carbamate (urethane) links. While most polyurethanes are thermosetting polymers that do not melt when heated, thermoplastic polyurethanes are also available.Polyurethane polymers are traditionally and most commonly formed by reacting a di- or tri poly-isocyanate with a polyol. Both the isocyanates and polyols used to make polyurethanes contain, on average, two or more functional groups per molecule.

Based on elastomeric technology, silicone adhesives offer unparalleled flexibility and exceptionally high heat resistance, making them suitable for a wide range of applications in the electrical, electronic, automotive, aerospace and construction industries. Silicone adhesives are available in varieties including two component systems that require the addition of a curing agent, one component systems that cure simply by the moisture in the air, UV or EB radiation curing adhesives that cure with exposure to a UV light or pressure sensitive versions that adhere to surfaces with very slight contact pressure.

Silicone adhesives boast excellent electrical properties and can be formulated to be insulative with a high dielectric strength, or conversely electrically conductive. Many one part silicone adhesives release a corrosive entity, such as acetic acid, but there are special formulations that are totally non-corrosive and can be used with electronics. These are often used as a conformal coating for electronic circuit boards. Silicone systems are also used for sealing cables and sensors in both appliances and electronics.

As below pictures, Force-one applied difference adhesive on the monitor to show the different *Type1:Protective Film with Anti Static Surface：Apply coating conductive layer on the optical film's surface to release the static electricity. The benefit is can use this solution with difference adhesive.

*Type2:Protective Film with Anti Static Adhesive：Apply coating conductive adhesive to the glue layer to release the static electricity. The benefit is have excellent conductivity

Anti Fingerprint or hydrophobicity is the physical property of a molecule (known as a hydrophobe) that is seemingly repelled from a mass of water.[1] (Strictly speaking, there is no repulsive force involved; it is an absence of attraction.) In contrast, hydrophiles are attracted to water. The blue surface Saver for optical lens is very conformable and high peel force(about 1N or 1kg) for all types of lens styles and base curves: low edge lifting For blocking to metal alloys during processing of ophthalmic lenses. It applied for lens protection during surfacing of opthalmic lenses